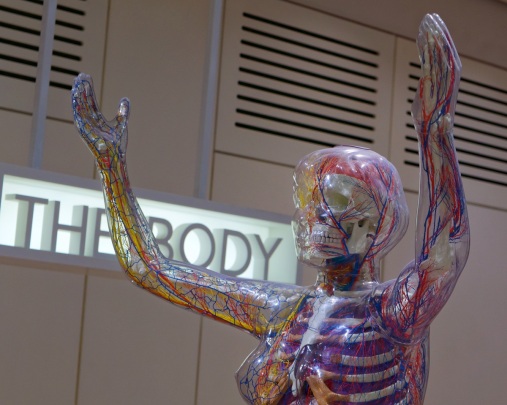 My daughters have each accused me of this: Slut-shaming. I didn’t really know the term, but I knew exactly what they meant the minute they said it. And they were right.

I was embarrassed, and this was not a case of someone calling the kettle black. I raised these smart feminists, and they have surpassed their teacher, as they should, by light years.

I had harshly and unfairly judged a woman’s personal fashion choice and style, all in one fell swoop, or a series of little darts as we call them in the Mackler family: a few words, a scathing glare, a distinct eye roll.  I had evaluated her as unethical or immoral or below some unidentified and internal (as in my head) standard. It was not my business, not kind, not fair, but I had made it clear that I did not approve. Slut-shaming. And I was called on it.

Yet in life, and in a recent post, I casually boast about my escapades in the raw.  I once loved discovering and exhibiting a  sense of freedom in nudity and other fashion choices. A rebellious young feminist in the late 70’s, I took off my clothes, I liked my collars and my hip-huggers low. Oh, to be so sexy — bold and bare and the animal, the sexual creature I was born to be.

Fast forward 40 years and take note. Perhaps my excursions into sexy fashion and nudity may have helped free others as I felt free, helped spur generations of women feeling a bit more comfortable with their skin, their sexuality, their humanness.  Maybe I helped a tiny tiny little bit. And if I did, that’s glorious. However.

But who the heck am I if I am scornful of humans experiencing the same. Or who knows what they are experiencing? Not my business, yet I assume I know, and I judge them as I was judged long ago. Shame on me.

In my recent read of Gloria Steinem’s My Life on the Road I was reminded of my initial discovery of the “women’s lib” movement as we called it, as an 18-year-old and at a rally in downtown Detroit. I had not known there was a name for beliefs I had generated, the anger I felt, the unfairness I’d experienced. I didn’t know there was a movement. I bought a button and bumper sticker and a t-shirt. It said, “Farrah Fawcett Who?” Uh-oh.

My mother was neither a feminist or sexist, but she was smart, and modern. She read and watched the news. She was an avid reader of novels. Yet she didn’t know the name for what she professed, and I didn’t know how much influence she’d had.  At her funeral I learned that many other women, most a bit older than me, and younger than my mom, relied on her for her wisdom and righteousness on matters of reproductive rights (the pill, mind you, not abortion), job choices, marriage choices, etc. She was a possible feminist in the making, and in midst of a huge white Irish Catholic family. Yet, my brothers did not have a curfew and I did, to name a few gender-based inconsistencies in her child rearing.

Knocked off the High Horse, Again

When I expressed to my daughter the likes of this renewed excitement about feminism, these memories of my youth, per reading this book, she expressed disdain for the white elite privileged feminist movement that was dissing intersectionalism.  “You should read . . . ” I was told. The list was long! Dang I thought, there’s no rest for the old feminist.

In speaking to my other daughter about the same, she noted that while it is probably not advisable to put all your eggs in one feminist basket, though those were not her words, it is important to know who you like. However (there is always a ‘however’ with this trio), she continued, you need to see your role models in the larger context of the movement.

Oh, what women these daughters are!

We have to face our contradictions, this I know. And as I am pondering this bit about slut-shaming there is a scurrying on social media about the Super Bowl’s half time show. I didn’t see the game or the show or even the Facebook dispute but I read an op ed in the New York Times. (Funny, I leave Facebook to get away from social media banter and I end up reading about it in NYT? Jeez.)

Anyway, case in point. Whatever the show was, there are those who basically slut-shamed the performer, and those who admired her beauty and bold performance. The whole American frenzy over this annual adventure speaks to the priorities and problems of our culture. It is a great metaphor for who we are as a culture. As sad or as poignant as that may be.

Bottom line? I need to face my contradictions. I walk with a lot of pride in the shape and the health of my body. I work to keep it as fit as seems healthy for me, and to decorate it with fashion that suits my personality, my mood, or the moment.

My choice. And while I have left public nudity behind, for the most part, I am still a bra burning feminist grounded in my beliefs around equality and freedom and rights and safety that women and men deserve and should share as they move their bodies around on this planet.

(Okay, I haven’t ever really burned a bra.)

it was just the sun that touched
my back this morning kissed
my neck, woke me up

then again when I leaned
over to water the lantanas
felt sexy, that heat behind me

I thought I missed waking
to a man beside my pillow
until Juno whispered, ‘we’re fine’

watching over things, her hubby
still up at dawn these days
a tickle in the sky happy to make

me coffee in the morning
or not, a wink and he disappears
his wife nodding behind the moon

Photo by John Jackson on Unsplash
Photo by Ken Christison at EarthSky.org

One thought on “Slut-Shaming”