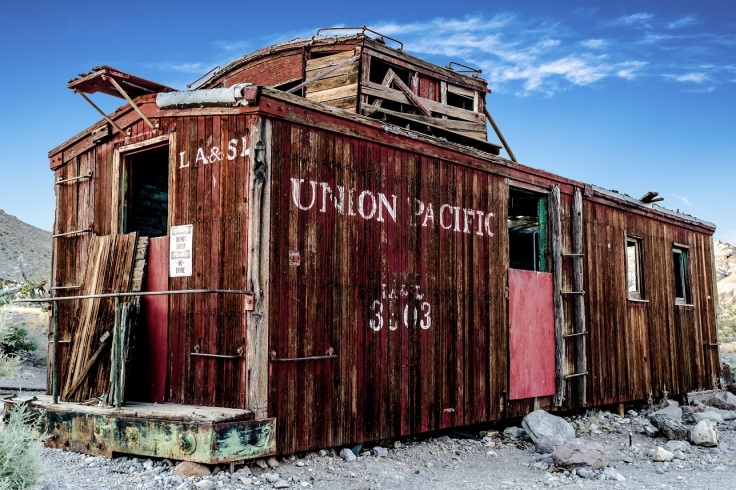 I consider Flagstaff, Arizona as the town where I grew up, the second time. When I left Detroit and all of its big, and its loud, and its chill-you-to-the-bone winters, for Anne Marie’s first relocation adventure, I didn’t know how hard I would fall in love. That little town had me, hook, line, and train whistle.

I loved the rumble and roar of the trains that barreled through Flagstaff, some 50 of them each day back then, it’s over 120 now. Always heavier and louder coming from the west, full of lots of good stuff. Then returning with a bit less heft, emptied back east, traveling light, ready to be filled again.

Either direction they went, I found their shrieking whistle comforting somehow. As if it reminded me, again and again, that I’m just a little cog in a really big crazy world. And I liked that. Detroit could certainly offer the same lesson, but sometimes it just didn’t get through my frozen brain.

I had always thought Flagstaff would be a great place to raise kids, and lo and behold, after a few other relocation adventures, I returned to my mountain town, and it felt like home. Granted, it had grown quite a bit, and so had I.

I returned with two daughters in tow, six and eight years old, so everything looked a bit scarier, different. My ‘mom’ perspective made my old hangouts look shabby; dang, it made my old homes look like drug dens. When the girls were in high school, they told me that one was! But the forest was the forest, the train whistle, still the train whistle.

And then it wasn’t. It became an eerie warning, a latent scream. Preparing me? Or perhaps demanding that I check my mothering, my parenting.

You see, there was a series of teen suicides in Flagstaff in the course of a year or so. Four or five kids, most dressed in black, jumped in front of a train, out in the forest, in the middle of the night. They left no way for an engineer to even see them, blow the whistle, or warn them. A hit, a bump, devastation discovered, after the fact.

The whistle didn’t soothe me anymore as it always had; it became a magnifying glass, instead of a telescope, looking into the minuscule emotional weave of the world. Threads in disarray. It rocked my soul and left me feeling anything but grounded.

As a mother of grade-schoolers, I worried about the future of my soon-to-be teen daughters. Part of me wanted to blow off the worry as I had done with the line up of momma worries that evolved from one stage to the next.

For instance, when my girls were tiny infants in my arms, and I saw toddlers crawling and walking precariously across a room or a sidewalk, I’d think: wait, stop them, they’re just babies, they’ll hurt themselves!

And then, of course, when my girls were toddlers walking and crawling precariously across a room or a sidewalk, and I saw preschoolers swinging upside down on monkey bars, I’d clench my jaw and think: no, no, my girls can’t ever do that, they’ll hurt themselves.

And then, yes, when my girls were little kids hanging upside down on monkey bars, and I saw grade-schoolers riding their bikes in the street, a backpack slung over their shoulders, I’d think . . . and so on, you get the picture.

Learning about teens committing suicide by jumping in front of a train? Somehow, no, we never evolve away from that fear.

I.
She walks home along the tracks; school,
teachers, counselors all distant now, all seem less

she lays along that blue black track practicing,
listening to the stories that curve, that have died

within those ties. She knows no other destination.
Even when she tries, at night, to imagine travel

or success or love, the train yards become playgrounds
of rust, gentle and rough at once, she lifts her arms

pressing her chest against the dark metal hissing
at her like a blue engine lover. She laughs

in railway rhythms swallowing vowels
like another caboose pounding through downtown

at noon, she weeps like a faraway whistle at midnight
imagines the tune wandering east, loving its certainty.

II.
When she rides as a mystery passenger next full
moon, she’ll glimmer on the grill, she’ll go

somewhere, she’ll run along that opalescent path
with a plan, then wait for darkness, wait for the

train to nod, tell her “now,” nudge her across the stories,
across the rails, read the ticket, her destination
stamped       right      there.

I am now on another Anne Marie relocation adventure, and I love living in the Verde Valley.  Sometimes I feel like I’ve spent my whole life wrestling with winter.  Detroit’s winters too big a bully for this wimpy girl; Las Cruces winters were, well, they were kind of like the handshake I dread. When the hand is a bit warm, moist, and I’m afraid I might pull it off if I shake it too hard. Yeah, that town kept me for too long.

Flagstaff winters grew colder, although some said it was just me getting older. Less snow, more cold, that was not what I bargained for. I wanted the beauty, even with the work, but not the ice and uncompromising shiver.

Here in Cottonwood, winters are just right.  Crisp, cool, colorful. Quiet, and the biggest drama is the blue herons crossing the lagoon. One o’clock to seven. Seven o’clock to twelve. And then, there are, the planes. The planes!

I live a few miles from a very small airport. Thus, the skies offer a similar reminder to me as the trains did in Flagstaff: My life is just a little tiny bit of smallness in a far bigger world. Especially on the weekends, when lots of planes fly by, low, and slow, and right there!

These are little planes, mind you, so there is no zooming of jets, no condensation trails, you can often see the pilots. They can see you if you wave, and I do, and the pilots wave back.

There are absolutely no teens jumping in front of them.

Do we ever stop ‘momma’ worry? Riana is headed to Berlin. Bridget announces the other day that ‘Yay!’ she is headed to Mexico City. yay.

Yes, this old mother of grown adults still gets a belly ping. Inside my head I think, but wait, Mexico City is the biggest most dangerous city in the world; I think–tempted to spout off Nervous Nelly warnings–when you travel you must hide your money well; carry your pack in front; the trains are crazy and unsafe, etc., etc., etc., infinitum.

And then I remind myself of my own adventures. My own time in that city and numerous other large, crazy, unsafe cities that I traveled when I was the same age, also with my boyfriend.

And I remind myself that I grew up in Detroit. And that the girls have and do live in New York. And my feeble ‘yay’ becomes a louder ‘Duh!’

And I quiet down, and I grab my yoga mat, and I go to the Cottonwood Recreation Center for Yoga Flow. And I breathe.

And the yoga instructor says, during our end-of-session-relaxation, ‘let go of your name.’ And I feel grounded again. And connected. And small. Very small and as safe as I’m ever going to get.

Let Go of Your Name

Let go of your name
hand it over, let
the ticket taker
punch holes
through each chapter
the fabled end you wait for
like movie credits, let
the conductor rip
that schedule, load
new cargo, usher
you to the sight-
seer car.

Let go of your name.

Photo by Ryan Hafey on Unsplash