Time for a little nostalgia, and I can’t look back at one item, without reminiscing about the other.  Thongs, the kind we used to wear on our feet, that evolved into something else, well, the word did anyway, and blood. Bleeding to be exact. Menses. Messy menses. And the whole bit. So here we go.

When I was a girl, thongs were things we wore on our feet, they were cheap, colorful, foot-shaped slices of rubber with a simple V-shaped toe hold. And by colorful I mean red, green, blue, or yellow. Back to those basic choices we had in fashion back then.

It was a huge deal, I remember in the 70’s when they came out with thongs that had a thicker sole, and layers of different colored rubber. Whoo hoot! Those were expensive. I couldn’t afford a pair and my mother wouldn’t buy me those when the others were available. Which, by the way, you can now find on Ebay, for twenty dollars. I don’t think they cost fifty cents in the 60’s. 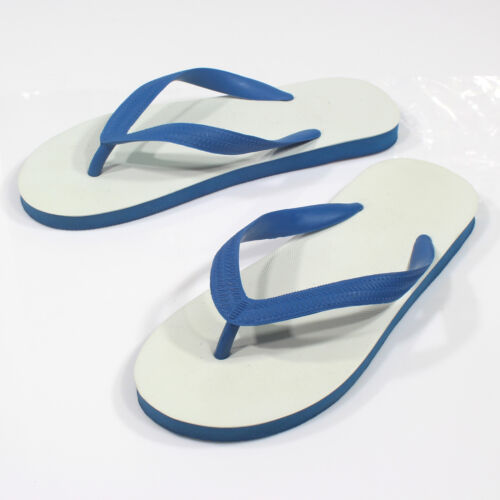 Moving a quick few decades forward, and I’m in my early forties raising adolescent girls. I must have accidentally turned and looked the other way one day, because all of the sudden they are pre-teens, and shopping for themselves, and making fashion choices that were new to me.

I suspect my own mother went through the like with me coming home and wearing halter tops and hiphuggers, showing skin from hip line to tit line. Aghast. I inherited her aghast.

What’d you get?” I asked, when they came home from shopping with friends. “Underwear,” they said, taking their bags quickly to their rooms. They knew me too well. If they had said, “thongs,” I would have explained thongs to them. The following would have ensued.

“Flip-flops, Mom. Those are flip-flops that you wear on your feet,” they told me time and again when I explained thongs. “Thongs are something else,” they said confidently.

But I had to wonder . . . did other mothers wonder? C’mon, are thongs underwear, really?–they are strings you thread from clitoris to anus. For a thrill? For…? For what?

Okay, I get it. C’mon. I’m not that out of touch. They’re sexy. They have a very simple way of pointing, like little arrows, to our important, well, places.  So it occurs to me that young women, old women, women everywhere are wearing underwear (kind of) in the shape of arrows for . . . whom? To whom are they showing the way? Holy Toledo.

Okay, I say to myself, don’t knock them until you try them. I am not a prude, really. So I bought a few . . . pairs. Okay, so they were interesting, and here’s my truth. I couldn’t get through a day wearing them. I was distracted. All day long. Couldn’t focus. I mean the damn things kept me pretty turned on all day long. Granted, they’re fun, but nevertheless they make it a bit difficult to work and stay on task. Whew!

Granted, the origin of these little ditties may be the elimination of panty lines, which are believed to be ugly, and I suppose that may be a wise fashion choice for some who are worried about such lines. But, really, what is it with these conceptions around women’s clothing? If you have panty lines, even if they are lines created by tight jeans or pants, creating a contour of your underthings, or lines pushing extra weight, albeit fat, out of and around underwear hems, is it unsightly? According to who?

So, my theory was always, if you don’t like the lines, ‘go commando,’ as Joey on ‘Friends’ used to call it. And that also seemed to be a popular fashion statement back in the day when thongs were on your feet. Women went without bras. Without briefs. There is a pure joy and freedom to this, and ultimately the elimination of lines. Right? I know my daughters are absolutely cringing if reading. Sorry, girls.

But, no. Someone, who??? Invented these underwear/not underwear for women to 1) eliminate panty lines; 2) point to pubic places; 3) look sexy when wearing; and, most importantly, 4) look sexy when you are wearing them underneath jeans or slacks, and bend over, and the T of the thong is displayed above the back of your pants, smack dab above your butt crack.

Okay, so what about panty lines is hidden then, if we are just showing them in another place? But now it is titillating. Oh, it’s all so confusing.

Okay, part two of this nostalgic venture. The combining of menstrual cycle, with those underwear string thong things. It’s kind of like wiping your bleeding pussy parts with dental floss. Right? And, why?

I tried all my life to time my very regular periods so that I could catch the first flow before ruining a pair of BIKINI underwear, or worse yet, ruining a pair of jeans or slacks or whatever I was wearing. Rarely happened. The not ruining part, in other words. Oh, all those wonderful pairs of jeans gone to rest with un-cleanable blood stains. You work for years to get them to the exactly right worn-out look and feel, and then you stain the crap out of them.

Try as I did, I just never learned how to bleed until the day it stopped; it simply never stopped surprising me.

So when women who wear thong underwear experience a similar situation, I can only think, WAIT! so this string thingy obviously can’t catch any blood, what the heck happens to their jeans?

You couldn’t affix a pad to said string underwear because 1) the adhesive would stick to you, to your pubic hair, to your skin, and it would just be a painful disaster on top of what, for some, is already a monthly painful disaster; and 2) women these days seem less inclined to wear pads.

And there came the day, when shopping in the SANITARY aisle (please see Protecting Women, a found poem, Aisle 7, Walgreens for further commentary on this matter) that I came upon–I am still dumbfounded–thong-shaped pads. Are you f’n kidding me? The pad was nearly as thin as the string underwear, so it was supposed to capture exactly how much blood? Who invents this stuff?

Oh, dear. Isn’t there a better way to do this bleeding thing?

The answer is YES! There finally is. It’s about time. Too late for this old hen, but thank the menstrual goddesses for this good news. Thank You!

I had always shared with the girls, to much eye rolling, an idea I found in Hygiea: A Woman’s Herbal by Jeannine Parvati Baker, a book that I lived by as a young bleeding feminist. Not to be confused with a bleeding heart liberal, but I may have been that also. Maybe.

Parvati Baker talks about how, back in the good old days, women would just go out to the woods, squat their little butts over a hole, relax, get out all the goods, just drop them down into the earth, read a book maybe, make the grocery list, then clean up and go on about their lives. Much simpler. Oh, how I hankered for the like.

But I guess there are these new magic, I tell you, magic underwear, called Thinx™. Oh, thank god for brilliant women on the move. The idea is that you just bleed into them, kind of like squatting over a hole, but not as inconvenient.

You just bleed into the friggin’ crotch! It is layered with magic material and sucks everything you offer right in. Absorbent like no other product has ever been. Expensive, and absorbent, but nonetheless, almost makes me want to bleed again.

It is not thong shaped, no surprise there. However, I must say, while looking up these Thinx thingies, I did find this intriguing: the patent for the thong shaped Thinx thingy. Holy crap.

It is just one experience men will never have. Nor will they ever even be able to imagine. Flowing blood into a pad or Thinx. Right there. Down from the inside and out to the outside. Of your body.  Imagine, there you are, romantic evening with someone new, having a conversation over a lovely dinner, and a tablespoon, maybe a quarter cup, of blood just flowed out of your body and into your underwear, while you’re sharing an expensive Filet Migon and glass of Cabernet. Plop. Oh there goes the clot that caused the whole thing. Spill. Oh.

I am glad the thought of squatting over a hole in the forest is not even a dreamy option for modern women as it was for the likes of me, who was all padded and tamponed up and once a month felt like a toddler in full diapers. Granted, my ‘heavy’ day made my naturopathic doctor laugh.

“So what’s a heavy day for you?” she asked when we were talking about how things were changing during menopause. “Oh, for sure four maxi pads,” I answered with just a bit of suffering and misery resting on my voice.

She couldn’t help herself but laugh. “In a day?” she clarified. “That’s pretty normal, Anne Marie,” she said gently. “For some women,” she, still gently, explained, “Heavy is four or five pads in an afternoon, or less.”

Photo of Rose courtesy of Roksolana Zasiadko on Unsplash.com