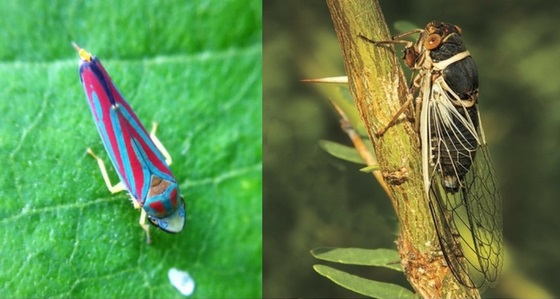 The eye doctor said with ease, expertise, and very little drama, “You have a bug in your eye. It’s part of a wing, probably from a beetle.” While he is an ophthalmologist, and not an entomologist, I doubted his diagnosis. Not about the foreign object, that was evident from several weeks of feeling exactly like I had a bug in my eye, and then, of course, the proof in the image they showed me. (Whoa.) No, I doubted his diagnosis regarding which type of bug it was that had landed in my eye.

I did a little Google entomology research (ah, we all get to be such experts these days) about beetles in Cottonwood, Arizona, and I was, to say the least, unimpressed. The beetle types residing in my new geography are all a little, well, ugly, or at least uninteresting. From a non-bug person’s perspective that is. So I decided that, certainly, something far more beautiful and noteworthy found its way behind the epithelium of my eye. Something memorable, amazing, and definitely metaphor material must have lodged itself into my cornea.

Something like a candy cane beetle. Who wouldn’t want to eat one of those? Who wouldn’t want one of those in their eye? Or perhaps something strong and bold and loud like the Apache cicada. Like the one who greeted me and Romeo with resounding, and enduring, song each time we meandered down to the Verde River for a hike and a dip. Surely, surely it was that type of bug that journeyed deep into my face.

And while said doctor–who, by the way, did a fantastic job of diagnosing and solving my little issue (literally tiny); and whose bedside manner was absolutely reputable, and to whom I will go again in my new quest for discovering what the Verde Valley offers in medical care–saw the problem quickly, he saw it quite differently than I did. While he talked about the depth, the tissue, the scarring and possible infection, the need for antibiotics and artificial tears and steroids, and rattled off so many beautiful scientific words, oh, oh, blah, blah, blah, medical eye doctor blah! He simply didn’t get it.

And, yes, I watched doggedly as his technician brought in the “optical forceps” box and the “foreign object” box (did that have a collection in it, I wondered?). I remained as still as a rock when he leaned into the black box that divided us, his head the opposite side of mine, and as we looked eye to eye, he took a very, very sharp object and put it as gently as a grandma would do, right into the center of my eye, and he scooped out said beetle. “Do you want to see it?” he asked.

“Does a beetle have wings?” I replied. He told the tech to put it on a piece of Scotch tape for me.

And then I listened carefully and very seriously when he softly but distinctly scolded me. When he moved the eye inspecting machine, the one with the blue light like an acid trip, out of the way, and he looked into my eyes, and he leaned in close, and then closer, and quietly asked, “How long did you say you were you in pain?”

I cleared my throat and noted to myself that I was so glad he did not have bad breath because that would have made the moment hysterical instead of serious, and I said, “Um, two weeks or so . . . ”

Sternly, fatherly, very concerned and doctorly, he said, without pause, “Don’t let your eye hurt for that long next time. Come see your doctor if your eye hurts. If that had been a piece of metal . . . ”

I immediately put on my good-Catholic-girl face–been practicing that one for a lifetime–and not even sarcastically I said, and I meant it, “Yes, thank you, Doctor, I will.” Point well taken.

It did not scream. Itch. Tear. Or complain. Not at first anyway. Said cornea appears to have said, without a blink, apparently and literally, to the foreign object, “Come on in. Have a seat. Make yourself comfortable.” And appeared to have served said foreign object, or baby beetle as you believed, strong black tea and wrapped it in a comfy blanket of cornea tissue, and said soothingly, and apparently somewhat lonesomely, “Welcome home.”

Are corneas so lonely that they take in perfect strangers? So desperate? So friendly? Have they not received the memo that I have been reciting all my life and reiterated often to my children all their lives, “Do not talk to strangers,” etc.?

Ah, you see, dear Doctor, this is why your diagnosis is simply incorrect and my diagnosis would be spot on. The above scenario clearly indicates that it could not have been just any old, brown, baby, ugly beetle who arrived at the threshold of my cornea’s home and rammed its way in like some criminal with intention of keeping my cornea hostage for a few weeks, as you had determined. No, no, no.

It was certainly an insect as beautiful and colorful as the candy cane beetle; for who could ever ignore entry to that outfit? Deny entry to that, er, eye candy, or at least engage that beauty in a conversation about where they were headed, what party or festival? Did they take a wrong turn, are they lost? “Can I get you a cab?”

Or, if not the candy cane beetle which actually, and unfortunately, doesn’t usually make it this far north in Arizona. (See, I am a Google bug expert now). Certainly it was a bug that would sing for its supper. A bug that hovered at the porch of my cornea’s home and sang a loud, enticing song to which my cornea opened her doors, her windows, and she brought out the tissue to dab the tears in her eyes, grateful for such a moving and passionate serenade, albeit a bit on the noisy side. Then she gladly invited the Apache cicada in for a tymbal-soothing belly rub, and a pillow to rest the horny bug’s head.

I at first imagined myself donning a black patch for the rest of the week, and was excited that I had saved my vocabulary list from ‘Talk Like a Pirate Day.’

But when you explained that it was–how boring–just a contact dipped in antibiotic, and not even a colored contact, dear Doctor, you disappointed.

“No,” your tech said. “The optical bandages do not come in purple.” (How fun to have had one violet eye for a day or two . . . no imagination these folks, just no imagination.)

And then you sent me on my way. Doctor, did you not realize that my cornea was left bereft. Did you not hear my cornea snuffle, drowning under tears and drops and wrapped in a plastic dome, and finally offering this?

“That was,” lonely cornea muttered. “That was my new friend.”

Stuck forever on a piece of tape, no bigger than the period at the end of this sentence. And into the ‘foreign object’ box for time unknown. Goodbye.

Ah. To an eye doctor, a simple exercise of extrication. To an entomologist, a specimen. To a poet, well, a story. A sad one at that.

So, now, dear reader, it is not a poem that I can offer to this tale, for no poem that I have written brings justice to this brief narrative, although I am working on a series of haiku.

Instead, I offer this opportunity to join a sing-along. And I bet you find yourself humming this song later today.  Score! Happy Saturday!

One thought on “A Bug in My Eye, or Dear Eye Doctor, You Missed the Metaphor”