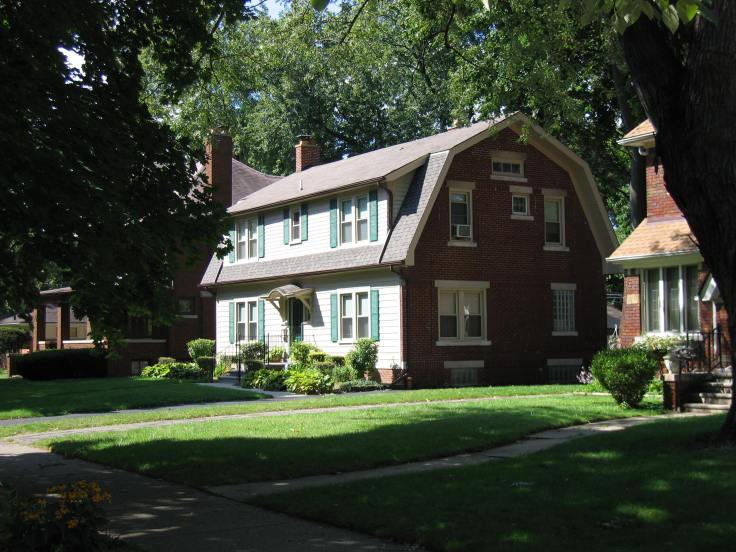 I grew up in Detroit in a big Catholic family in a big old house. I was the seventh child. We belonged to St.Mary’s of Redford Parish. By the time I was in seventh grade, our school was integrated, or in the process thereof. The Parish and neighborhoods were changing. Blacks lived next to Whites. Then came ‘White Flight,’ which my own family joined eventually, but not until 1977. I ended up having to change schools in my senior year.

Nonetheless, in the early 70’s it was not alarming or offensive or problematic for me to be in a classroom with Black kids. On the cheerleading team with Black girls. By tenth grade my two best buddies were Bridget and Amina. Bridget was Mexican German. Amina was Black. We walked down the halls together. Arm in arm. I walked in the middle. We called ourselves an Oreo cookie.

But there were lines you weren’t supposed to cross. I don’t remember receiving instructions on how we could or could not be with Blacks. But when I look back, I see it. I could spend the night at Bridget’s. Not Amina’s. Bridget did homework at my house, not Amina. There was a rule, unwritten, but distinctly understood. I could hang out with Amina, laugh, cheerlead, study, and succeed (we were smart girls) at SCHOOL. We could walk home together, we lived on the same street. But when we came to Abington, and she turned left, and I turned right, that was the end of it, until the morning, and we walked to school together again.

Our paperboy was a Black kid. Harold. Funny–I have always thought–that our paperboy had the same name as my father. Harold. Harold the paperboy, who was about the same age as me, could deliver our paper, come up to the porch if us kids were sitting on it, but not SIT on our porch. I do not remember this rule being recited or explained specifically. I guess we just knew it. I remember one time he sat on the porch, and it had no meaning really, not in the moment, for me, until my father, Harold, pulled up in his Dodge Dart. His eyes spoke the rule. Harold, the paperboy, got up, got on his bike, and got back to his paper route not looking back, not meeting my father’s eyes.

I did not understand my father’s racism. He was a good Christian man. A Catholic. He was proud of his faith, his practice. His prayers. The duty  of raising his nine children as good Catholics was carried out loyally. Responsibly. Impeccably. In his mind. In the perception of all those in his circles. Mac. Uncle Harold. Dad. Honey. He was a good man. And he hated, hated, Black people.

When my sister was dating a Black boy, my parents, from what I remember, stayed in denial. I do not remember discussions, but they may have happened out of earshot. But whether it was spoken, or unspoken, their relationship was different. Unlike my older brothers who brought their White girlfriends home, giggled and wrestled in front of the television in the living room or basement, my sister did not bring Clarence into the house. Ever. Until prom.

I don’t remember exactly what formal dance it was, but it was the mid 70’s, they were classmates, our families were neighbors, and in my mind, well, so what? They were going out and going to a dance. Clarence came to pick up my sister. He drove a beautiful Thunderbird. Classic. Suicide doors. He was a car buff, and mechanic, and always had a head-turning, beautiful, smooth ride.  When he arrived, pulled that pretty car into the driveway, my parents retreated to their upstairs corner bedroom. Literally disappeared.

I suspect they watched what they could from the bedroom window. My brother and I did the parental duty of greeting my sister’s date, telling the couple how handsome they looked, snapping a few pictures on the Kodak Instamatic as he pinned on her corsage, and off they went to the dance at our integrated, neighborhood, Catholic school, in his gorgeous Ford.

I was ashamed. Embarrassed. My brain hurt from trying to figure this all out. The rules that had just been the rules, unwritten, taken for granted all my young life, not questioned, really, were all suddenly written clearly across every street and porch stoop and house in my neighborhood. Written in big red blaring letters of warning and threat.

“If you are Black you are less. You are dangerous. You are unwelcome. You can go to my church. My children’s school. You can deliver my paper and play on my son’s team. But you cannot. CANNOT come into my home, my life, or in between my daughter’s legs.”

At some point thereafter, I questioned my father. ‘How can you call yourself a good Christian if you have such disdain for other humans?’ Oh, I don’t know how I worded it, exactly, but the message was clear. And the response was one I will never forget. It was a moment that changed my life. Still does.

“Don’t you ask me those kinds of questions.”

Amina, Bridget, and I all went on to become successful, upstanding women. Practicing, or not, whichever faith suits our lives. Amina and I lost touch, but Facebook brings her back to me, and she is as funny and smart as always, and I am grateful to still know her. Bridget and I are still best friends, and she is my daughter’s namesake. I fondly remember the three of us. The Oreo cookie. I am sorry that Amina, or any of our neighbors, were not allowed into my home. I proudly promise that my own children were not raised with those rules.

My father and I were good friends, right up until the day he died. I miss him dearly. I believe that as he grew older, and Detroit changed, the world evolved, his fear faded. His bitterness subsided. He was a staunch Democrat, did he vote for Obama? I don’t know.

Faith and values often collide. Look at our world today. But my dad and I? Well, we avoided talking politics, race, religion. I believe he and I came to an understanding: we accepted each other for our differences, and celebrated all that we had in common. We were pen pals, and I cherish all the letters I have. If he had criticism of me, or I him, it was unsaid between us, and that was for the best. We loved each other. That is all.

Old Happy Mackler
(a sestina for my dad Harold)

When we heard a song whistled at six or so, or that applecheek laugh,
sturdy and from deep behind his beer belly, all of us kids
knew that Dad was home, and it was dinner time, and that all of the tvs
he had gone out to repair were all better, and the blues
and the yellows and the reds were all right, and all fixed with a joke
from his silly repertoire that I now find myself digging into.

I tell dad’s jokes, smiling–looking into
an expectant face–a joke that made us laugh
even though we’d heard it so many times it wasn’t really a joke
anymore, it was just one of those things that Dad said to us kids.
My friends don’t get the jokes, but neither do they see how the blue
in my eye is not from a dazzle within but a sparkle the tv

man placed behind these lashes. Everytime a favorite program was on tv,
if it got all fuzzy, us kids knew all we had to do was call into
the kitchen or yard, both full of Dad’s tulips, outside red, inside blue
wallpaper full of wooden shoes and windmills surrounding Dad’s laugh,
waiting for us to need him. When it came to television us kids

knew that not only would he fix it, but he’d joke
around with us, too, unless there was work to be done, and then the joke
was on us, and we’d find ourselves staring at a blank or blurry tv
until we raked or mowed or washed or wiped, or did the dishes. Us kids
had only so much time for messing around with him around and into
every little thing we could possibly be into. If we goofed and laughed

while working, he’d hear us and say “not funny” with those smiley blue
eyes of his that keep him from ever having to say that he is blue
or gray or anything but old happy Mackler always ready with a joke,
a screwdriver, an antenna, or hanger if need be, always with a laugh
and a way to make us really grateful, believe it or not, for that noisy tv.
Because if it wasn’t for it, there’d be no guarantee I’d be in tuned

at all to this guy I call Dad, the one with a Dodge, dog, nine kids
and now with Cindy pregnant again, well, that will make ten grandkids.
And damn I swear, though I wasn’t there, with 65 year old lungs he blew
out all the candles with one sweep. But did it matter that in two
months he’d retire, and the tv chatter, the behind the set jokes,
the late night emergency repair calls might end? No! He’ll fix my tv

over the phone from across the country with a warm hearty laugh.
Maybe nobody else will, but us kids will always laugh at his jokes
and find ourselves tucked warmly into the late night blue of the tv,
smiling quietly, snuggling, nestled, feeling well cared for.

One thought on “Rules of Racism, or How to Be a White Kid with Black Kids”