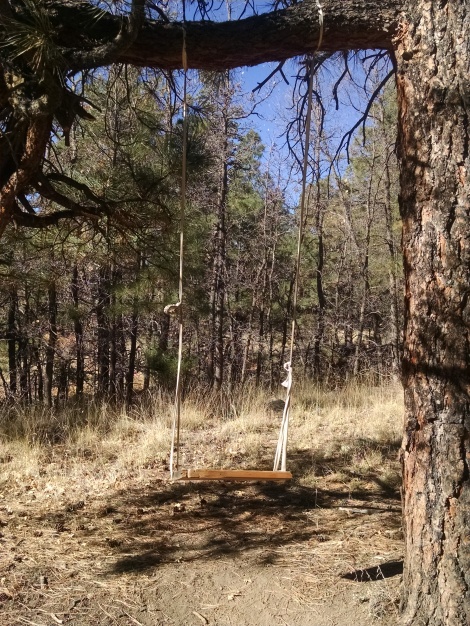 I found this on Saturday morning up on the trail that hugs the west side of Mt. Elden. A path I have traveled dozens of times over the years. Suddenly, a swing hanging with tight knots on a sturdy branch of a Ponderosa tree. ‘Well, don’t mind if I do,’ I said to Romeo, and he watched as I hopped on and swung in the sunshine.

I swung not towards the trees in the picture, but the other direction, towards the boulders that line this part of the mountain. Gigantic rock chunks that form deep caves, each a different height and depth. Most are perfect hangouts for teens needing a private place to smoke pot or make out. Most provide a decidedly cool escape from the summer’s heat, or a dry relief from winter’s blizzards, for transients on the trail. Or ice falls, for hikers like me.

Ten years ago, after some particularly snowy and cold storms, the forest was as silent as winter, as if cloud cover and snow layers shushed the rampant noise that, all summer long, had come up from the surfaces of forest floor and the tree trunks and twigs. Now, silent. Then, as I hiked this trail nearing the boulders, a thunderous sound came from that direction, and it drew me to those caves. It roared more forcefully as I neared, and lo and behold, ice had completely covered the rocks, like enormous gray scoops of sorbet reaching to the equally gray sky. Between several of these shiny domes of winter, water poured. The day had warmed enough that this melt could happen, and there were signs that the waterfall would freeze again, right in its tracks, in a few hours when the afternoon sun disappeared.

The next day, I brought Bridget along for my hike. She, unlike her older sister, loves the outdoors and, like her mother, even the smallest of natural adventure gives her a thrill. She was delighted with the ice falls, at first not believing me that such a thing could exist. That week, she took her friends up there, and I chose that trail for much of the winter, comforted as I always am by the sound of rushing water. Water of any sort, really. Thus my longing to leave this high desert town, but that is another story. 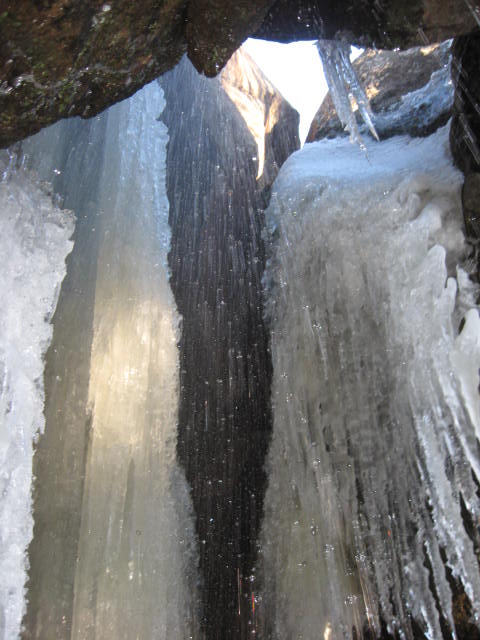 So the other day, hiking that same trail, I realized my November mountain is currently in an atypical state. Warm and dry and crisp. Everything in the forest screams of winter to be. The dried grasses and bare trees. Trails laden with acorns and needles. A chill in the air. By now we’ve usually been hit with at least a few light snowstorms. The mountain, especially the higher I go, would normally show me November snow, hidden in the shadows of those boulders, or untouched within a tight stand of Ponderosas. But not this year.

I had both layers tied around my waist, and was down to a tank top within 20 minutes of hiking. Not a trickle of water in the caves. Silence and patience. The forest waiting for moisture. And then I found the swing. Everything seems a little off right now, every day a surprise.

When Rage and Compassion Hold Hands

Ice preys on boulders and slips down, landing
with grimace on rock that cannot
remember the taste of water, the sound
of winter when it tumbles off

the mountain. Anger refuses moisture
or melt. The wind slaps tomorrow
from beneath the icicles. The chin points
to yesterday, will never trust

compassion’s promise to embrace the pond
that reflects February’s Snow-
Moon*–predicting a feast for the hungry;
splash rain on the pool where the doe

and the coyote could share a drink. Eyes
meet across the surface, revel
in the demise of the drought’s persistence–
Thirst ending, ice nudged to the edge.

*Full Snow Moon – February Since the heaviest snow usually falls during this month, native tribes of the north and east most often called February’s full Moon the Full Snow Moon. Some tribes also referred to this Moon as the Full Hunger Moon, since harsh weather conditions in their areas made hunting very difficult. 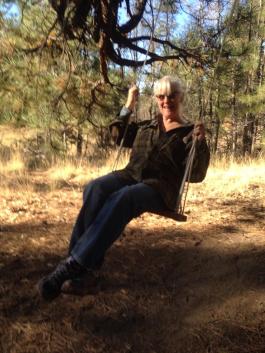